Note that the USEC 2017 call for papers includes AI. The deadline is December 1.

Please contribute information about AI public policy issues to this blog. You may also send email to Larry Medsker at lrm@gwu.edu for posting. 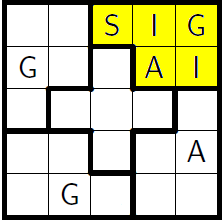 Place the letters of “SIGAI” and “MATTERS” in each row, column, and outlined area. 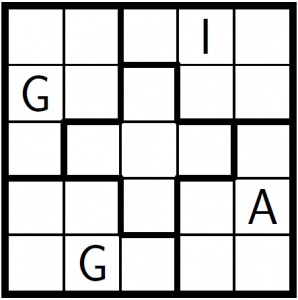 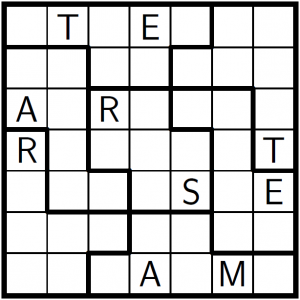 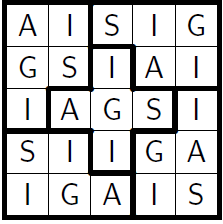 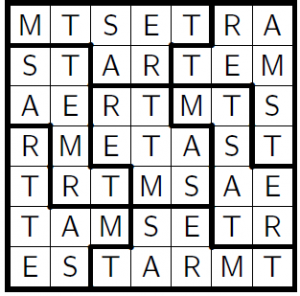 This column is the first in a new series profiling senior AI researchers. This month focuses on Peter Norvig.

With this issue, AI Matters is introducing a new column profiling senior researchers in AI. We begin with Peter Norvig, who is the Director of Research at Google, Inc. We interviewed him virtually. The interview has been edited for clarity and length. We thank Peter for his time!

Peter Norvig is a Director of Research at Google Inc. Previously he was head of Google’s core search algorithms group, and of NASA Ames’s Computational Sciences Division, making him NASA’s senior computer scientist. He received the NASA Exceptional Achievement Award in 2001. He has taught at the University of Southern California and the University of California at Berkeley, from which he received a Ph.D. in 1986 and the distinguished alumni award in 2006. He was co-teacher of an Artificial Intelligence class that signed up 160,000 students, helping to kick off the current round of massive open online classes. His publications include the books Artificial Intelligence: A Modern Approach (the leading textbook in the field), Paradigms of AI Programming: Case Studies in Common Lisp, Verbmobil: A Translation System for Face-to-Face Dialog, and Intelligent Help Systems for UNIX. He is also the author of the Gettysburg Powerpoint Presentation and the world’s longest palindromic sentence. He is a fellow of the AAAI, ACM, California Academy of Science and American Academy of Arts & Sciences.

I was lucky enough to go to a High School that had access to a computer and a programming class, which was a rarity in 1974, and a Linguistics class; this got me interested in creating models of language. 42 years later, I still haven’t figured it out, but I’ve had fun trying.

What was your most difficult professional decision and why?

In 1998, I was offered the position of leading the Computational Sciences Division at NASA’s Ames Research Center. This would mean changing my role to be a manager of a 200 person team, rather than contributing as an individual researcher/programmer. In the past I remember there had been many times when I had thought to myself “I could ask a co-worker to program this task, but it would be easier to just do it myself.” But at NASA, and later at Google, the quality of the people was so high, that it was worth it to forego the “do it yourself” approach, and concentrate on getting everyone working together well. This required a different skill set, but in the end greatly amplified the overall impact, and therefore was worth it.

What professional achievement are you most proud of?

First, as a mostly personal effort, Stuart Russell and I (with help from others) were able to put together the textbook that has been the primary resource in AI for 20 years. It was gratifying to see our vision of the field embraced and to hear from so many students who enjoyed using it. Later I was able to team with Sebastian Thrun to bring the core ideas to a large group of online students.

Second, as a team effort, I was the manager for the core Google search team during a period of great growth from 2002 to 2006. I was proud that we were able to help billions of people with trillions of questions, through the combined brilliance of so many great team members.

What do you wish you had known as a Ph.D. student or early researcher?

When I finished grad school, there was an expectation that the “right” path was to stay in academia. In my second year of grad school, two of my most respected fellow students, Bill Joy and Eric Schmidt, left to start a company selling workstations. I remember thinking “Why would they do that? They could have been assistant professors at good schools!” It took me a while to realize that there are multiple paths: in academia, industry research, startups, government, and non-profits, and any one of them, or any combination of them, could be the right choice for you.

What would you want for your career if you couldn’t do AI?

If I couldn’t do AI, I suppose I would want to do AI all the more. But I probably would end up in a field that looks at the same problems from a different point of view, such as Linguistics or Statistics.

I answered a similar question on Quora, and it still holds true. At Google there’s always something new to work on; I can’t really fall into a set routine. Within a project there are always changes of strategy as we learn more and the world changes. And from one year to the next my role has changed. I’ve varied from having two to two hundred people reporting to me, which means that sometimes I have very clear technical insight for every one of the projects I’m involved with, and sometimes I have a higher-level view, and I have to trust my teams to do the right thing. In those cases, my role is more one of communication and matchmaker: to try to explain which direction the company is going in and how a particular project fits in, and to introduce the project team to the right collaborators, producers, and consumers, but to let the team work out the details of how to reach their goals. I don’t write code that ends up on Google, but if I have an idea, I can write code to experiment with the internal tools to see if the idea is worth looking at more carefully. And I do code reviews, both so that I can see more of the code that the teams are producing, and because somebody has to do it.

There is always a backlog of meetings, emails, and documents to get through. Google is less bureaucratic than anyplace else I’ve worked, but some of this is inevitable. I also spend some time going to conferences, talking with Universities and customers, and answering questions like these.

What is your favorite AI-related joke?

I don’t have a good AI joke, but I did invent my own math joke:

“I saw a pair of mathematicians get into a terrible argument about a
Mobius strip. It was one-sided.”

What is your favorite AI-related movie and why?

I liked the movie Her, because the technology is both central to the plot, but mostly receded into the background of the society that is portrayed. When asked what movie Her reminded me of most, I said Monty Python’s Life of Brian, because both movies are about the human capacity for faith — wanting to believe in something.

How do you spend your free time?

My hobbies are photography and bicycling. Photography is a good art form for me because it doesn’t require that much hand-eye coordination. It is all about simplification and subtraction rather than addition and it allows me to think about gadgets and technical equations (as in Marc Levoy’s Lectures on Digital Photography). Bicycling is right for me because it is just the right speed to see the scenery: with walking you don’t get far enough to see much, and in touring by car you go too fast to see much.

What is a skill you would like to learn and why?

I’ve tried a couple of times to play music, but so far I’m better as an avid listener.